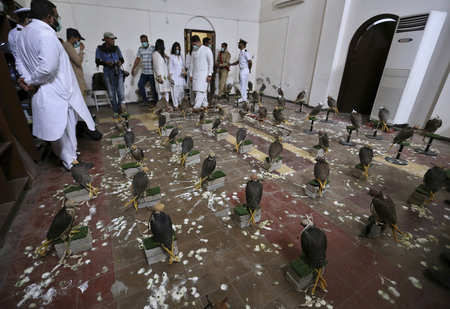 For years, Pakistan has stood at the nexus of the falcon trade, both as a source of the birds of prey, and then as a destination to hunt with them. Falcon poaching is officially banned, but demand for the birds is rising, according to the World Wildlife Fund in Pakistan.It estimates that up to 700 falcons were illegally smuggled out of the country last year alone, often by organised criminal networks.Environment News, Earth News, Global Warming, Wild Life, Carbon Trading, Climate Business, Climate Change & Pollution News